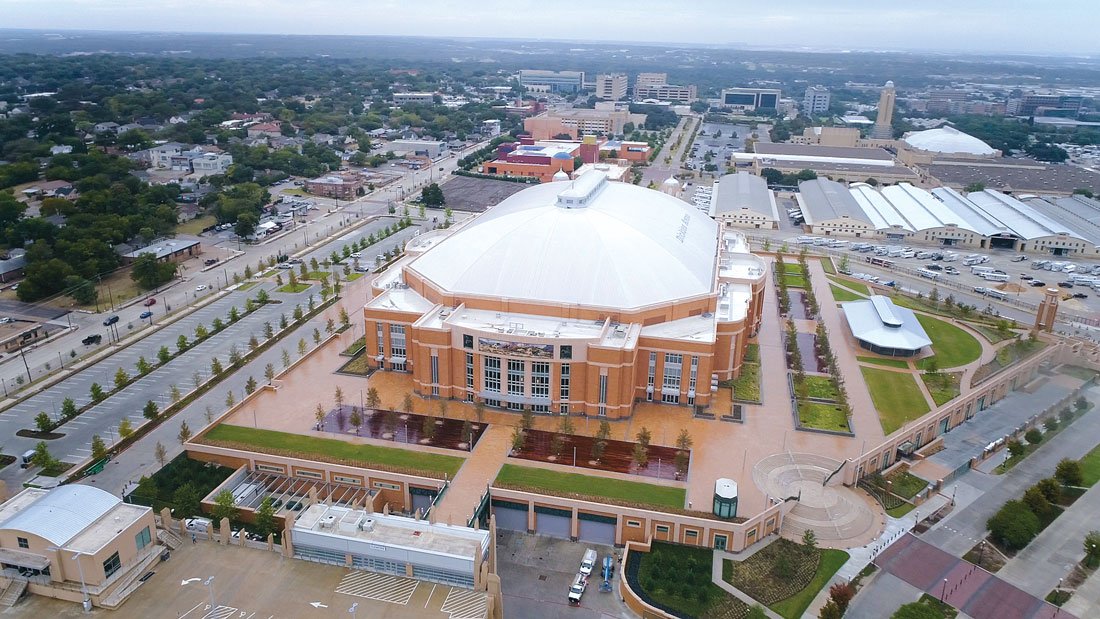 One of the marquee projects for our team in 2019 was outfitting the brand new Dickies Arena in Fort Worth, Texas, with custom refrigeration and a suite of carts & kiosks. It was an honor to be a small part of bringing Dickies Arena to life, and we can’t wait to see how the arena changes the landscape of entertainment in Fort Worth.

How we served Dickies Arena can be divided into two phases, each with their own challenges. First, we brought custom refrigeration to every one of the arena’s luxury box suites. Second, we custom-built carts & kiosks to serve patrons throughout the arena.

Beginning with the custom refrigeration project, RSI was brought in by another refrigeration fabrication company who needed our custom fabrication capabilities. In addition to every luxury box refrigeration unit being custom-built, they also had to fit neatly within existing millwork, including millwork that completely covers the doors themselves. Fabricating these pieces took a great deal of planning and extreme attention to detail.

In total, RSI produced 80 refrigeration units, some with single doors and some with double doors. Upon installation, it became clear that the millwork within which we had to work wasn’t perfect. However, rather than requesting that Dickies Arena redo the millwork on their end, our team stepped up and modified our refrigeration units on-site to accommodate the existing millwork.

To ensure this was done properly and would serve the client well, we had RSI team members on-site until the work was complete. While most firms would simply send installers, our tenured expertise and leadership helped guide this complex project across the finish line, which in turn impressed Dickies Arena.

Having earned the trust of Dickies Arena despite not being the original choice for refrigeration partner, they expanded their engagement with RSI to include custom-built carts & kiosks.

Our CAD team led this charge, as each cart or kiosk had to be completely custom. We had clear parameters within which our carts & kiosks had to fit, so the CAD team worked tirelessly to create the design that Dickies Arena wanted and ensure it would fit perfectly within the allotted space.

To address this problem, we had an expansive on-site team prepared to make on-the-fly adjustments to the pieces so that they could be installed that day. We are so proud to have been able to serve our client this way, with clear communication, on-site leadership, and a dedication to getting the job done.

We’ll expand on this story in a future case study, which will include some insights from Dickies Arena. This will shed additional light on the challenges we faced and how we tackled them, as well as what differentiated RSI to their corporate team.

Photo Credit: Fort Worth Weekly, The City of Fort Worth