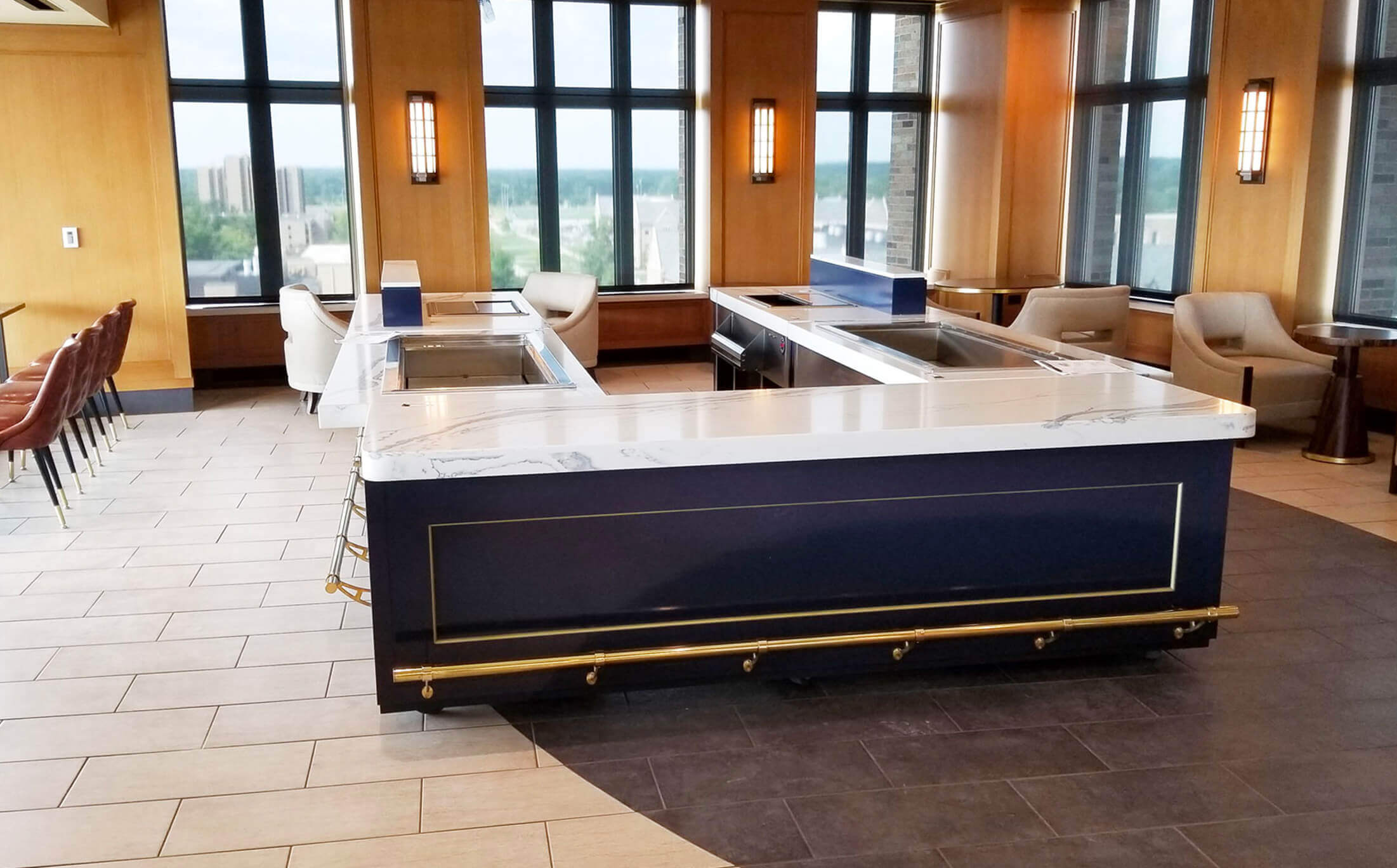 History and a Home

Home of the Fighting Irish! With a reputation as one of the top 25 schools in the country, Notre Dame is grounded in rich history spanning back to 1842. Nearly 12,000 students and a charged legion of alumni backed by almost 180 years of avid support prove that Notre Dame is a force to be reckoned with both on and off the field. And when this prestigious university decided to up its game, RSI was ready to tackle the challenge.

An upgrade from the inside out

The nearly $400M remodel in 2017 honored the traditional exterior façade of the original 1929 stadium, and with the exterior remaining untouched, the interior was due for a major upgrade.

RSI fabricated 154 new custom food & beverage carts for the remodeled Notre Dame Stadium club level in preparation for their 2017 football season. The stadium would now command the high standard of sophistication that the university exudes at every level.